Just as about everything in the entire universe, films and franchises too work on a wide spectrum, ranging from excellent to the truly abysmal ones, and then there is everything in between. While I am going to leave what range along that spectrum could be assigned to the Michael Bay backed TMNT films completely up to you, I will simply state that they were not too hot to begin with in the first place. The first one proved to be a hit prompting the second one very quickly, but the latter’s fate at the box office would simply stand as a testament to the fate of the franchise. That, of course, coupled with the lukewarm audience reactions and virtually no “die-hard” fans of the films would just go on to cement it.

However, an interesting insight is that while the fate of a third ‘Teenage Mutant Ninja Turtles’ film seems predestined at this point, I am also happy to report that the franchise won’t be completely ‘limbo’ed, if you know what I mean, courtesy of strong public interest in the TMNT property owing to some successful outings for the Ninja Turtles in the 90s and 2000s, and even disappointed fans seeing vast (but wasted) potential in the new film series. The verdict is unanimously wait, but this is the point where I am going to stall a tiny bit before spilling what it is, although chances are that you are here because you already know it. More importantly so, what we wish to do so is examine the conditions that led to the inevitable outcome and what the future holds for this franchise and the fan favourite characters. Read on.

Will There Be a Teenage Mutant Ninja Turtles 3?

Ah, the big question. But first, a bit of history. Since the characters’ first appearance in a comic book in 1984, the Teenage Mutant Ninja Turtles have appeared in dozens and dozens of media sources, starting with a merchandise line and growing to having multiple television series, three live action films followed by an animated film, and then a reboot comprising of another two films. The TV series based on the TMNT enjoyed continuous love and success, except ‘The Next Mutation’ that suffered from what many would call the “Saban touch”, something that they did with the ‘Power Rangers’ as well.

Coming to the films, the first live action film directed by Steve Barron saw remarkable success, both with the critics and primarily the audiences, taking in a respectable sum of money to its name, quickly prompting two sequels that under-performed, followed by several other TV series, all animated, that took the story of the three films ahead. This was followed by an all CGI animated film simply titled ‘TMNT’ that earned average reviews but performed relatively well, until Michael Bay saw potential in the franchise and rebooted it, releasing it under his production and distribution banner.

The film was widely panned critically but ended up being the highest grossing TMNT film ever, raking in $493.3 Million in revenue. We are principally going to talk about this film and the sequel that followed it, ‘Out of the Shadows’, that had a similar critical fate but however, failed to secure as much at the global box office, that ultimately sealed the fate of the franchise, but the long and short of it is that when we talk of the TMNT property’s gold standard in terms of films, the 1990 Steve Barron films are as close as we get to it, and the audience cry in this case is pretty clear: a fallback to the style and essence of the previous films but with a modern treatment, since of all the numerous adaptations starring the turtles, the 1990 one seems to get the most things right of all of them.

In the same regard, the two rebooted films, right from the appearance of the turtles, to the lack of action, to the tonal inconsistencies and general plot contrivances have been problematic from the start. The two films were labelled “harmless junk” in a review, and let’s just say I concur to about 75%. Regardless, with that consensus and dwindling returns, one is bound to question the longevity of a franchise with an average production cost of $125 Million per film, excluding advertising and promotions. So, now that I feel that we have sufficiently dissected the whole scenario, here is the final word. The ‘Teenage Mutant Ninja Turtles’ franchise has been scrapped and there thus WON’T be a third film in the franchise.

What Is the Way Forward?

The same that is the way forward with any franchise that is deemed lucrative enough but is abandoned midway due to uncertain reception or returns: a reboot. Whether it would be a soft reboot which seems to be the current direction that the DCEU seems to have undertaken, retaining the same character and source material but taking a completely different approach, or a complete reboot exactly like the 2014 TMNT movie produced by Bay was, which would seem like too short a time to start over, even if the film doesn’t materialise for another, say two years. The interesting thing about the reboot is that the same team and crew behind the already rebooted ‘Teenage Mutant Ninja Turtles’ films will be behind the reboot. More on this in the next section.

Teenage Mutant Ninja Turtles Reboot Crew: Who is Going to be Behind it?

Paramount announced that the reboot will be produced by Michael Bay, Brad Fuller, and Andrew Form from the rebooted series, and will be written by Andrew Dodge. The decision primarily comes after the second film in the franchise, ‘Out of the Shadows’, under-performed at both the US and global box offices and the critical reception too wasn’t something to boast of either.

Teenage Mutant Ninja Turtles Reboot Cast: Who is Going to be in it? 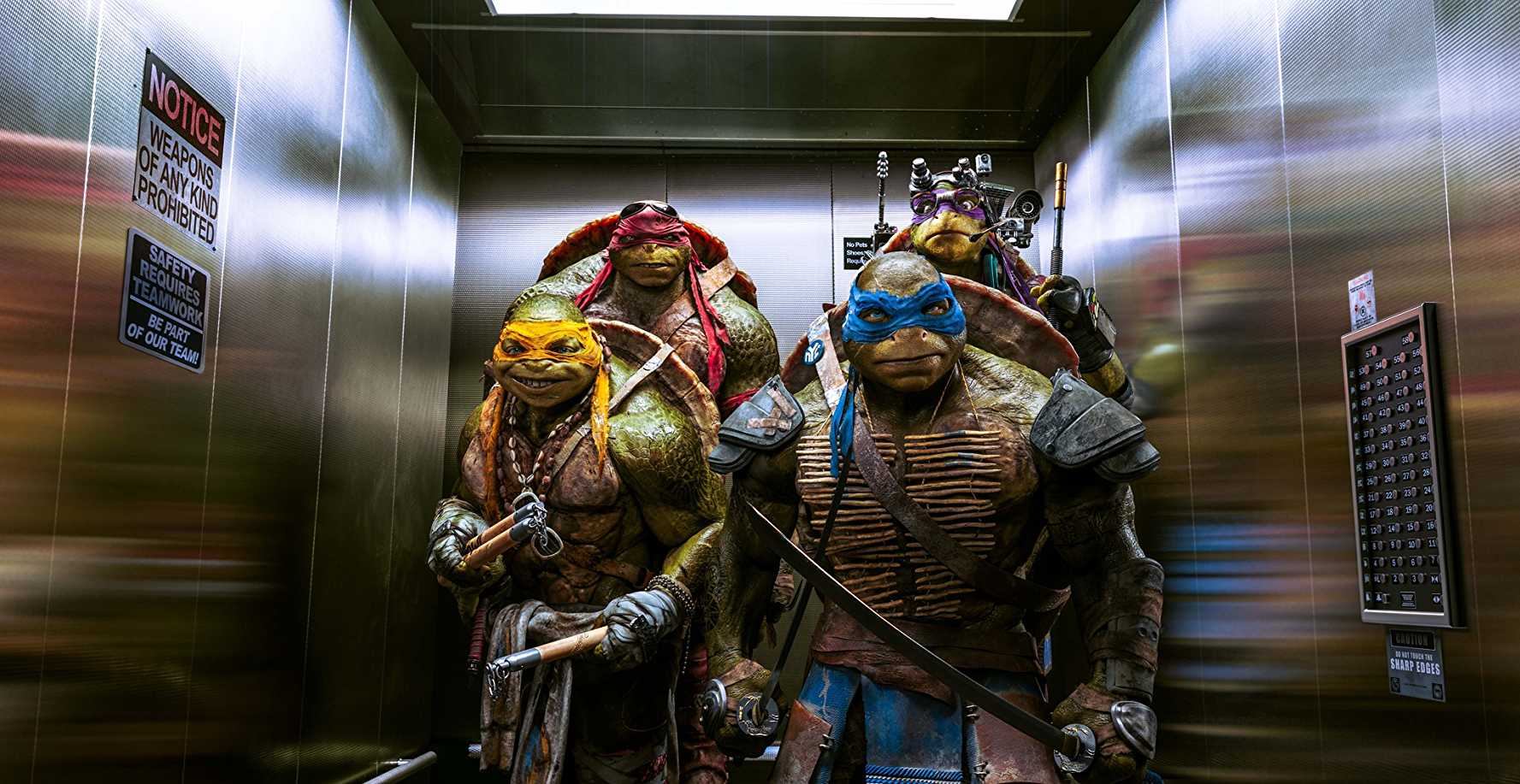 Virtually no details are known about the reboot as of now, but there are only two possible routes that the reboot could take, and they are outlined as being either a soft reboot or a complete reboot. While the chances of the former happening are close to nil, in which case Will Arnett, Megan Fox, Stephen Amell, Laura Linney, Tyler Perry, Pete Ploszek, Jeremy Howard, Alan Ritchson, Noel Fisher and Gary Anthony Williams would all have to reprise their roles from the previous film(s), none of the details about the reboot’s cast or who would be playing major roles in it are known as of now, since the announcement of the reboot came only months ago in mid-2018.

The notable thing is that all of the actors had expressed significant interest in returning for a threequel, and the primary cast including Fox, Fisher, Ploszek, Howard and Ritchson were all initially signed on to play their characters for at least three more films, so a soft reboot may not completely be out of the picture yet. We will however update this section as soon as any new information on the same is available.

Teenage Mutant Ninja Turtles Reboot Plot: What Can it be About?

Anybody’s guess, really, but one can only hope that the makers can actually heed to the pulse of the general public and responses and feedback from fans before materialising on the reboot. The consensus is clear though, as I mentioned. People clearly prefer the 1990 TMNT film over any other sequel, prequel, spin-off, TV series or reboot, so that is quite obviously the way to go. Another fair cry has been to return to more traditional methods for the depiction of the turtles, with lesser use of CGI and more use of practical effects and make up. Now while I don’t know how practical it is in 2019, I do agree with the appeal for the look of the turtles to be more traditionally inclined, even if they seek some direct inspiration from the comic books.  A few of the fans have also rallied for the next TMNT film, in whatever form it may be, to be shot in the turtle’s original home town, New York City.

Consensus tells that the fans may not be completely averted to the idea of a boldly and differently done animation film centred on the Teenage Mutant Ninja Turtles as well, akin to what Sony did with ‘Spiderman: Into the Spiderverse’. That is something that even I can get behind! A comic book style animated TMNT film minus the Bay elements that obviously affected the two films? Count me in already.

Teenage Mutant Ninja Turtles 3 Release Date: When Can it Premiere?

Reports stated that production on the reboot could begin as early as 2019, but we’re halfway through the year and still haven’t heard anything about any development on the reboot apart from what has already been stated. As I have already said, there is still a reason for fans to rejoice since the project won’t be in limbo for long and in all optimism, one may even expect Teenage Mutant Ninja Turtles to release as early as 2022, six years since the second film in the now rebooted franchise released.