Before we talk about ‘Four Weddings and A Funeral’, the show, we have to talk a little about ‘Four Weddings and A Funeral’, an Academy Award-nominated and BAFTA-winning film of 1994, created by Richard Curtis. The film is considered a rom-com classic and could very well be the best in the genre. It stars Hugh Grant as a single man traversing the complications of his life along with his group of friends. The events take place in the setting of four weddings and a funeral.

Now, Mindy Kaling has adapted the film into a miniseries for Hulu, marking their second collaboration after ‘The Mindy Project’. It is written by Kaling and Matt Warburton, who also serve as executive producers alongside Curtis, Jonathan Prince, Tim Bevan, Eric Fellner and Howard Klien. The production companies involved with the project are Kaling International Inc., Working Title Films, 3 Arts Entertainment, MGM Television and Universal Television.

Four Weddings and A Funeral Cast: Who’s in it? 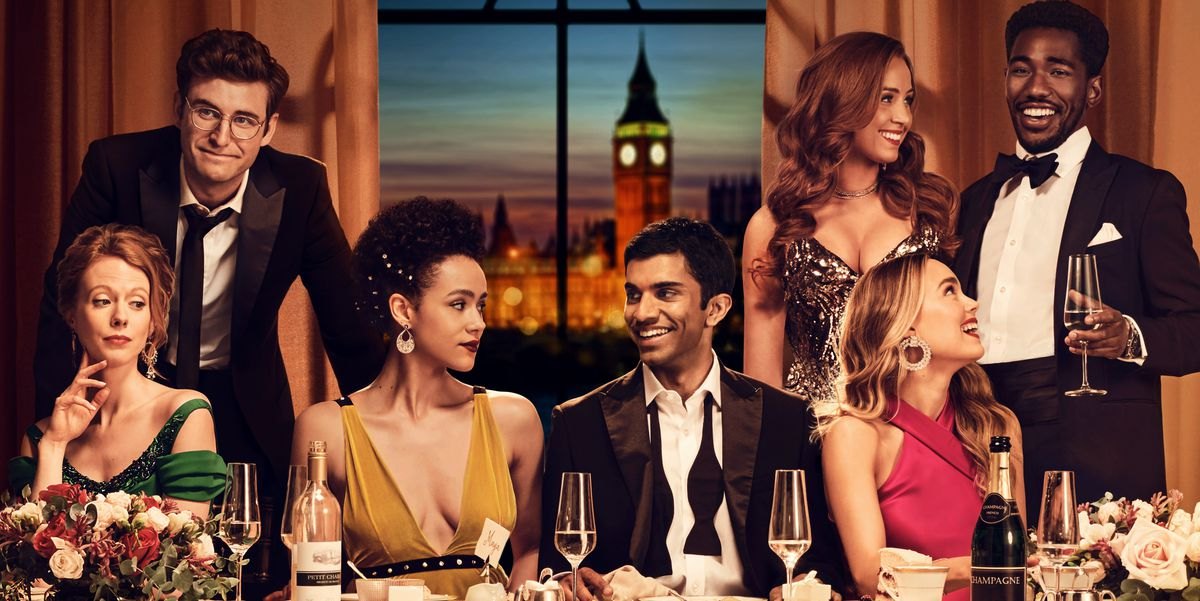 The cast of ‘Four Weddings and A Funeral’ is led by Nathalie Emmanuel. She plays the role of Maya, a communications director working in New York who comes to London to attend a wedding. Emmanuel is best known for playing the role of Missandei in HBO’s ‘Game of Thrones’. She has also appeared in ‘The Maze Runner’ series and ‘The Fast and Furious’ films. She is also set to voice the character of Deet in Netflix’s ‘The Dark Crystal: Age of Resistance’.

Maya’s love interest is, Kash, an investment banker, played by Nikesh Patel. He is best known for working in Channel 4’s ‘Indian Summers’. Rebecca Rittenhouse appears in the role of Ainsley Howard. She has starred alongside Kaling in ‘The Mindy Project’. She has also appeared on ‘Suits’, ‘The Handmaid’s Tale’ and ‘The Affair’. He plays one of the leads in TBS’s ‘Search Party’, and hardcore ‘Stranger Things’ fans might recognise him as Officer Callahan. John Reynolds plays the role of Duffy. Brandon Mychal Smith plays the role of Craig. He is known for working in ‘One Big Happy’, ‘You’re the Worst’, ‘Phil of the Future’ and ‘Get on Up’. He also voices Michelangelo in ‘Rise of the Teenage Mutant Ninja Turtles’.

Four Weddings and A Funeral Plot: What’s It About?

If you love Richard Curtis’ ‘Four Weddings and A Funeral’, then before going in the show, you must leave all your preconceptions behind. The central premise of the series is the same. It follows the story of a group of friends and uses four weddings and a funeral as the events that shape their lives. However, that’s as close the TV adaptation gets to its source. Kaling spoke about the show with Entertainment Weekly and said, “I wanted to take the themes and the essence of the movie and apply it through my eyes of what I would like to see that I haven’t seen yet.” About the casting of the lead characters, she said, “I know so many beautiful, funny, interesting African-American girls and so many handsome, hilarious British-Pakistani and British-Indian guys and I don’t think anyone would put them together if I’m not going to do it.”

The show follows four American friends- Maya, Craig, Ainsley and Duffy- who reunite for a fabulous London wedding. But after a bombshell at the altar throws their lives into turmoil, they must weather a tumultuous year of romance and heartbreak. Relationships are forged and broken, political scandals exposed, London social life lampooned, love affairs ignited and doused, and of course, there are four weddings… and a funeral.

The Academy Award-nominated film had Hugh Grant’s Charles falling in love with McDowell’s Carrie. In the first wedding, they meet; in the second, Charles discovers that Carrie is engaged; in the third, he attends her wedding. This is followed by the funeral of one of his close friends. The fourth wedding is Charles’, where he discovers that Carrie is divorced and realising that he doesn’t love anyone but her, he breaks off the wedding to pursue a relationship with her.

The show shares the basic plot outline with the film. With talents like Mindy Kaling involved in the show, the humour obviously has undercurrents of social and political issues as well. Emmanuel’s Maya works for a political campaign, after all!

Four Weddings and A Funeral Season 1 Release Date: When Will It Premiere?

‘Four Weddings and A Funeral’ Season 1 is set to premiere on Hulu on July 31, 2019. The popularity of the original is set to attract the fans towards the adaptation. Considering Kaling’s reputation in comedy, we have high expectations with this series, and the great cast of actors only elevates our enthusiasm.

Moving on to the future of the series, we still don’t know how that’ll move forward. It has been tagged as a miniseries, which generally means that it is a one-time thing. However, if the show takes off, Hulu might want to reconsider its decision, and take a way-out as HBO did with ‘Big Little Lies’. If not this, then perhaps, continuing it as an anthology might work too, with every season bringing a different set of casts and characters and maybe even a setting other than London. For now, there has been no official announcement on the matter. As soon as we receive further information, we will update this section.

Four Weddings and A Funeral Trailer

All episodes of ‘Four Weddings and A Funeral’ can be watched on Hulu. The sneak peek into the first season promises some classic rom-com stuff. Watch the trailer here.